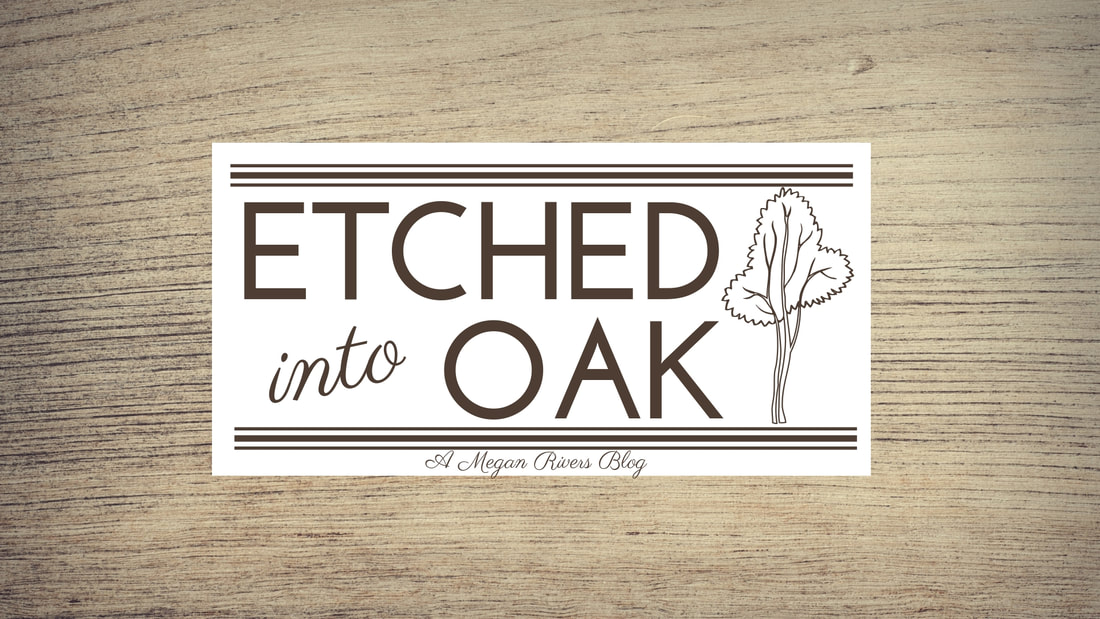 The following are published works by Megan Rivers. Her books are available at Amazon.com. The Alton Oaks Mystery Series is published by Cozy Cat Press. Follow her author page at www.amazon.com/author/meganrivers 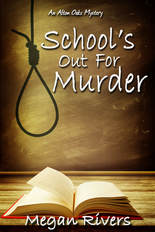 Alton Oaks Mystery Series: Book 2: School's Out for Murder (Released April 21, 2018)
When Charli Parker is asked to do some substituting the last few days of the semester, she jumps at the chance to get her foot into the local school system. However, her joy changes to terror when she discovers the body of one of the teachers handing from a rope over her desk. It looks like suicide, but why would the delightful Ms. Dempsey want to kill herself? She was getting married in a few days and all her students loved her. Nosy Charli suspects foul play and is determined to investigate even though the by-the-book principal is always in her way. With the help of her good friend Sadie and a friend on the police force, Charli starts snooping, only to discover that someone doesn't want her nosing around. When another body turns up in the school parking lot, Charli's theory that Ms. Dempsey's supposed suicide is actually murder gathers momentum and Charli's detecting may just put her in the path of a killer desperate to cover their tracks.

Song for You Series: Book 3: A Love Ballad (Released July 12, 2017)
Losing your first love is never easy. Seventeen year old Christie Kelly not only lost her first love--lead singer of world-renowned German rock band, Galvin Kismet--but her family as well. Struggling to get out from under the public eye, Christie departs on the difficult and only road to adulthood.

As time passes and her soul begins to heal, life finally begins to show kindness towards Christie... until the unimaginable happens. When finding a reason to live becomes a soul-crushing challenge, an old friend reappears and help her pick up the pieces of her war-torn heart.

Song for You Series: Book 2: A Song of Life (Released March 9, 2017)
After being disowned by her short-tempered, well-off Australian father on her sixteenth birthday, Christie Kelly finds herself back in her humble Chicago apartment with her loving mother. However, her close friend, Galvin Kismet--yes, THE Galvin Kismet, rock star guitarist of the German rock band Prey for Chance--doesn't know she was exiled since he's on his world tour, and she fears their communication is forever severed.

Would they ever reconnect? Would he bother to find her? With barely enough time to wonder about the what-ifs, Christie tries to settle into her not-quite old life, and navigate through a new, oh-so-wonderful world her mother was living without her that has Christie believing that even the craziest dreams can come true.

Song for You Series: Book 1: A Fateful Melody (Released October 10, 2016)
Dreading a life with her estranged father in Australia, fifteen year old Christie Kelly finds herself seated next to the young, sultry voice of world renowned rock star, Galvin Kismet on the transpacific flight. In this time of uncertainty and distress, a friendship quickly blossoms as they share their anxieties about what is waiting for them in Australia. As Christie navigates through a strange world of homesickness with her father and step-family, she never once thought she'd find Galvin back in her life again. But when things get worse in Melbourne, fate steps in with a friend.

These Megan Rivers titles will be available soon on Amazon!